Honda will enter WTCC using the UK-built 2012 Civic and Mugen Euro are honoured to be selected as engine partners to this exciting programme. 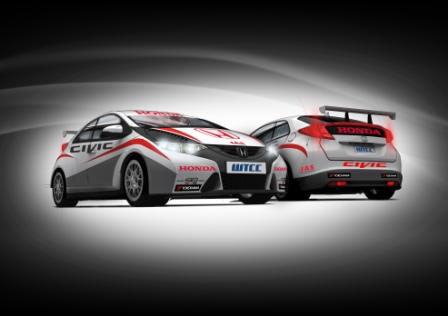 Honda have announced that the Honda Civic will race in the FIA World Touring Car Championship (WTCC).

“We have made a decision” said Honda CEO, Takanobu Ito “to enter into the WTCC with the European Civic. We will develop a totally new engine for this project and we are all excited about starting this new challenge.”

For this project, Honda has formed a joint partnership with Mugen and J.A.S. Motorsport. Mugen will manufacture a bespoke racing engine developed by Honda R&D and will maintain the engine in every race along with the team. J.A.S. Motorsport will develop the race car, using the new Honda Civic 5door produced in Honda’s manufacturing plant located in Swindon (UK).

Honda’s ambition is to join the WTCC as early as this season, with a string of “inaugural rounds”. Discussions are currently being held with the FIA, but these rounds would include Japan (held on 21 October 2012 at Honda’s Suzuka circuit), followed by China and Macau. Honda will then enter a two car team, managed by J.A.S. Motorsport, into every race in the 2013 championship season.

Racing has always been a fundamental element of Honda’s DNA . In the late 1950s Honda first entered the Isle of man T.T and then Formula 1 in the 1960s. The FIA WTCC is the next chapter in Honda’s on-going commitment to world motor sport and provides a perfect platform to demonstrate its racing spirit to Honda’s numerous fans around the world.