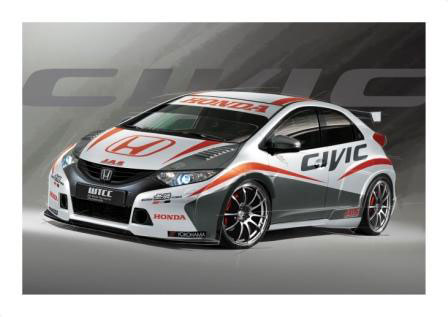 Honda have released the proposed livery for the Civic they will campaign in the World Touring Car Championship.

As revealed last month Honda have chosen to use the new European Civic, built in the Swindon factory of Honda UK Manufacturing, to compete in the 2013 WTCC Championship. The car, which will be run by Italian outfit, JAS Motorsport, with MUGEN as engine support partner for the 1.6 turbocharged engine, may appear in the latter stages of the 2012 WTCC season in preparation for a full assault on the Championship in 2013