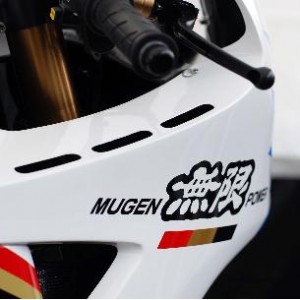 M-TEC Co., Ltd. Shin Nagaosa, president (hereinafter called M-TEC) announced the
intention of “TEAM MUGEN” to again take on the challenge of the 2013 Isle of Man
Tourist Trophy TT Zero race to be held on the Isle of the Man on June 5th.
M-TEC developed the original EV bike, dubbed “SHINDEN” in order to showcase the
company’s advanced clean emission technology and their creativity to the world, while
at the same time gaining valuable experience and education for the engineers of the
next generation for the future of the company. Despite 2012 being the very first entry at
the Isle of Man for the team, and the first all-electric vehicle produced by the company,
the team effort earned a very creditable second place in the 2012 race, while at the
same time achieving the landmark of completing the race distance with an average
speed in excess of 100mph; a feat that had not been achieved by any rider in previous
TT Zero races.
SHINDEN NI (SHINDEN 2) has been developed for the 2013 race based on the real
data provided by the original SHINDEN. The weight of the motorcycle body and EV
system have been reduced, and the electric motor and aerodynamics have all come
under scrutiny and been modified in the quest towards a significant performance
increase over the 2012 machine.
M-Tec are also delighted to announce that 19 times Isle of Man TT winner, John
McGuinness, will again join the programme as the Team MUGEN rider, and together
with the team will be providing maximum effort as the team aims for 2013 TT Zero
victory.