“神電 貳（ＳＨＩＮＤＥＮ ＮＩ）” has been developed using the data acquired from the first challenge at the Isle of Man last year, and a series of wind-tunnel and engine bench testing programmes carried out since the 2012 event.

Since the prototype build the motorcycle has been running repeatedly at Internationally certified circuits in Japan in order to gauge the performance improvement gained with the aid of, not only weight-saving to the motorcycle itself, and also of the EV system, but also the optimization of the motor output characteristics, and an increase of energy content. Furthermore, revised aerodynamic parts will complement the overall performance package of the machine. 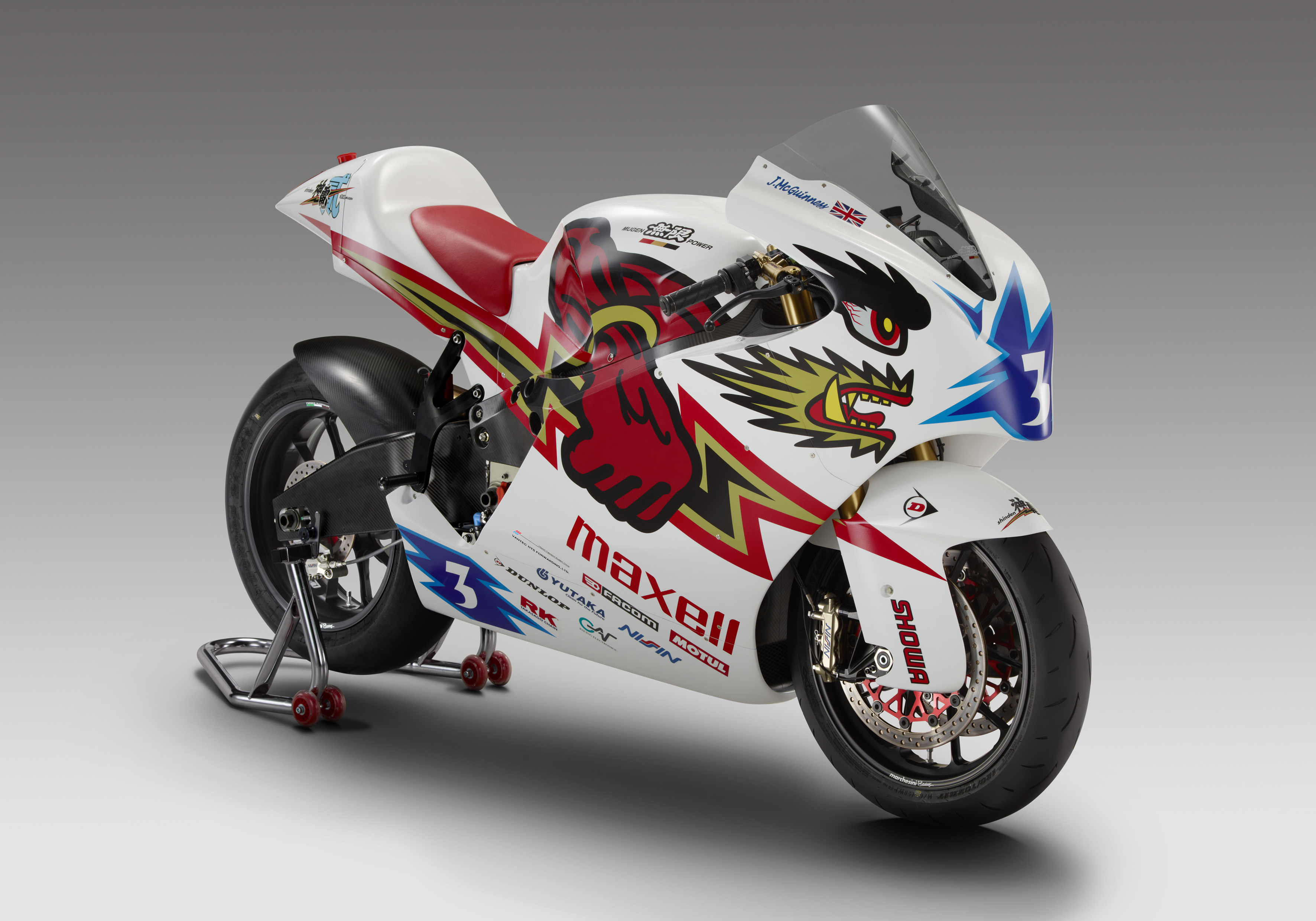 For 2013 John McGuinness, already a 19-time victor at the Isle of Man TT will again join with Team MUGEN as race rider in the quest to win the race, targeting an average speed of over 110 miles per hour. 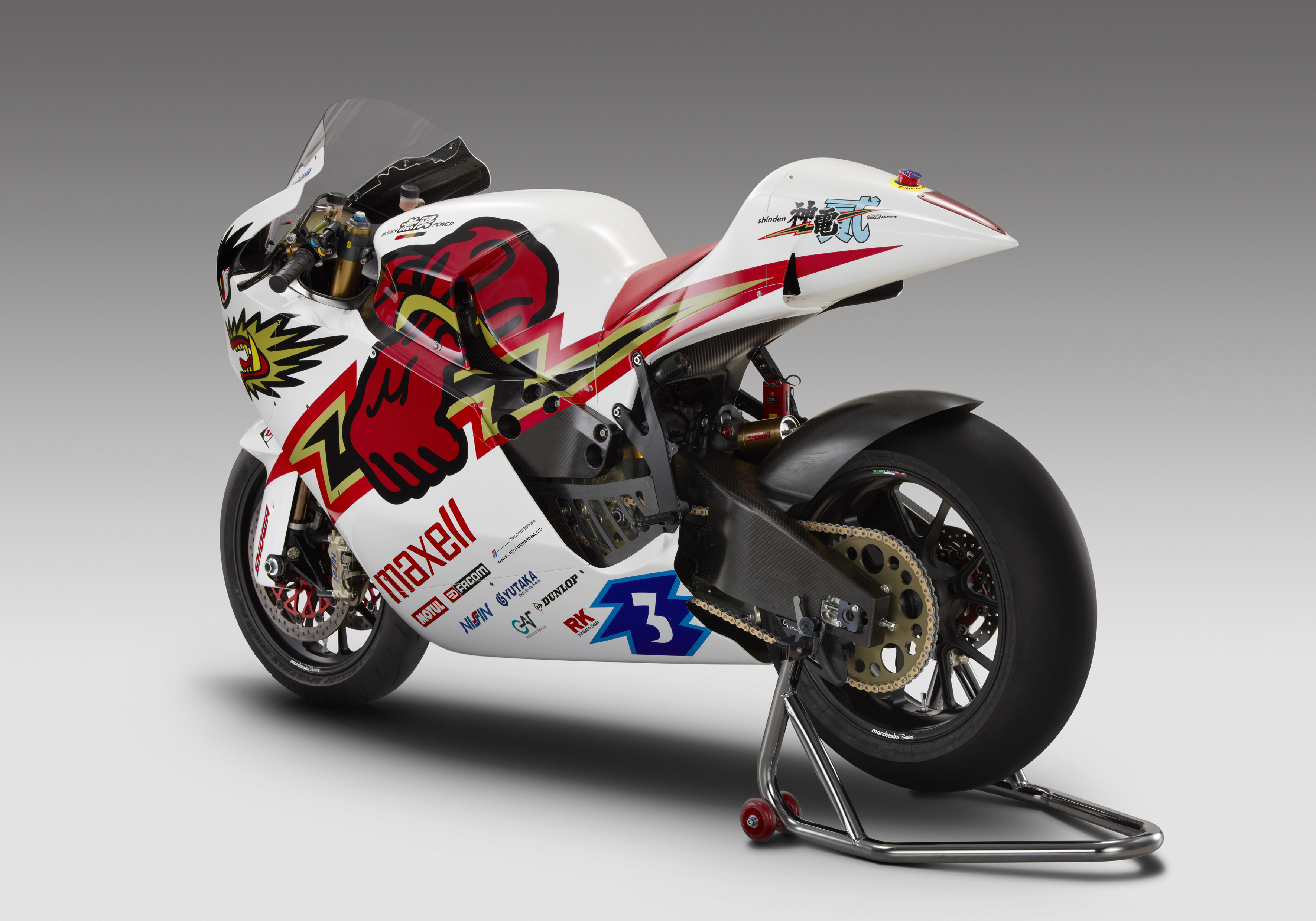